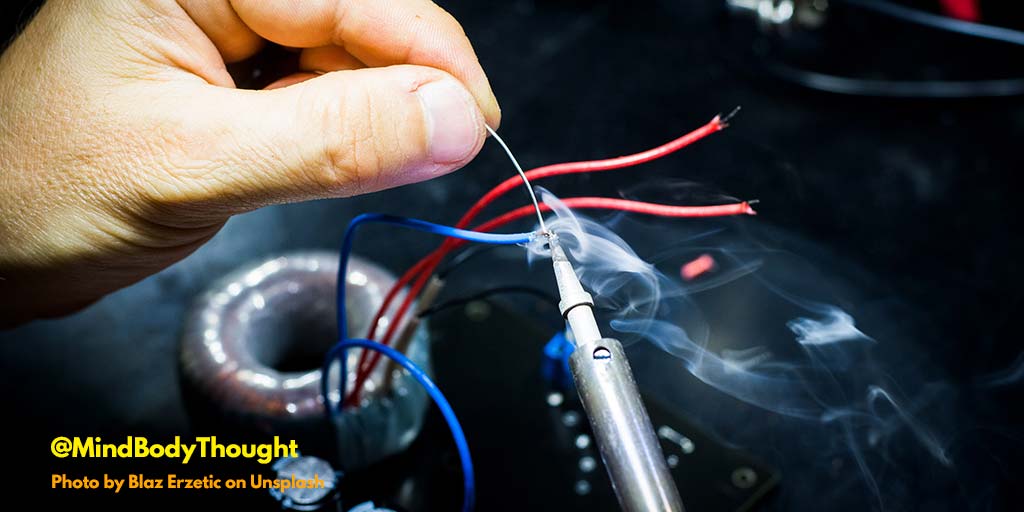 I know many people have big hearts and more frustration than they know what to do with, but despite good intentions they really need to stop trying to fix people.

#1 – Sharing An Intimate Difficult Moment
#2 – It Needed To Be Voiced
#3 – Forgiveness
#4 – Shunned For Not Following Advice
#5 – Don’t Do As I Do, Do As I Say
We Diminish Their Power
Doing More Damage To Them
Authenticity Needed

I don’t mean you should not try to help others. That is an entirely different subject than what I am saying here.

What I’m talking about are the following examples that I see happen frequently.

Someone shares an intimate and difficult moment of their life. They are venting or just putting it down into thoughts. Immediately, someone else starts jumping to conclusions and responding that they should think about it in this way or that way. Someone will tell them to count their blessings, focus on gratitude and positive thoughts. Others will tell them that when they experienced this, their lesson was x,y,z and so that should apply to them.

Now, none of the responders mean ill will towards the person sharing, but they’ve interjected their beliefs, opinions, and life lessons into the other person. It is almost as if they know all and see all, so what they have to share is of utmost importance.

They skip past the person who was sharing something and just putting their thoughts into words. Maybe their emotions were bubbling over and it was the only way they could release the valve a little. Maybe they were searching and by sharing with others, they were piecing more parts of the puzzle together.

In this case, your well-intentioned but inauthentic and compassionate responses do not help. Don’t try to fix people, because you might be hindering them and setting them back more than you think.

There are far too many online that feel the need to judge others and fix others. If we try to fix what we see in them, we may very likely be keeping them from learning the lesson they need for the next difficulty. Most likely we will not know all they are facing.

I’ve seen people come along and share things because it was something on their soul that just needed to be voiced and shared. It was a burden in their life and it was suffocating them by holding it in.

Many times people will encourage ones like this to share and open up, but when they do, the ugly truths are too much for ears to hear. So, immediately people want them to stuff it back in the box.

Don’t try to fix people in this situation. There might not be anything that needs to be fixed.

It may just be that they need to release the value a little so the pressure doesn’t build up inside of them.

If we intervene and stop their process because we can’t handle how their ugly truths make us feel, it is not them that needs to be fixed. It is us.

I see a lot of people struggle with forgiveness. When they see someone that they feel hasn’t forgiven a horrible monster in the way they think they should, they go in for the kill. People get relentless about this.

In my own life, I’ve heard all kinds of platitudes about forgiveness. If people really walked a mile in my shoes, they would see things differently. Yes, forgiveness is more about letting go of what happened, but in our society, it is used as a weapon. The teaching of it in religious circles is anything but what it truly is. So many are so confused and misled and misinformed that forgiveness is nothing but a bullet being fired directly at someone.

Don’t try to fix people when it comes to forgiveness. It is a long process that may take a lifetime. If you try to step in and shame them because they haven’t reached the point you think they should, it isn’t them that is the issue. It is your judgment on them that is the hindrance.

#4 – Shunned For Not Following Advice

Many are often shunned if they don’t follow the advice someone gives them. I’ve seen in the family I grew up in that if you didn’t heed what they said, there was something wrong with you. In their view, you weren’t grateful for their love and so they would shun you. They would be hurt and make sure you knew that you had hurt them by not listening to them.

Don’t try to fix people when they don’t heed the advice you shove at them. It may not be the right time. The advice may not resonate with them or be what they need.

They may be working towards a resolution and from their vantage point, they see a different plateau than you see. If you shun others because they don’t heed your advice, you might need to rethink how much your ego is controlling your output.

Many times people will say one thing and do another. They will preach and teach one set of beliefs that everyone else should follow, but they are exempt. Their words and actions don’t match up. In my house growing up, there was a statement my dad often made. “Don’t do as I do, do as I say.” He was great at telling you what to do, but he couldn’t do it in his own life.

Don’t try to fix people when you can’t even fix yourself. Your inauthenticity shows through loud and clear.

People learn more by example than they do by the words spewed from your mouth.

These days we tend to speak more words than we show through our actions.

We Diminish Their Power

When we try to fix people, we are really making their journey ahead much more difficult. Often they may be searching for answers, but we are telling them “you don’t know much so you should follow what I say.”

Yes, help give them something solid to lean against when they falter or get tired. Give them an ear of compassion, but let them walk their journey.

Doing More Damage To Them

Sometimes I think the more we try to fix people, the less we actually are helping them. Who knows, maybe there is a lesson they need to learn so they are prepared for the next difficulty coming their way. If we try to stop that learning process, we’re hurting them more than helping them. Don’t try to fix people! You may be doing much more damage than you are aware of at this moment.

Compassionate caring in these moments helps more. It is about being there and listening. It is about caring with authenticity and love found deep in our hearts.

Compassionate caring is not about interjecting our own hurts and issues into their process. We should first heal ourselves or become aware that we too struggle and are triggered by struggles in life.

The world is badly in need of those that are authentic. The ones that show up to the arena and are truly there for others. By trying to fix others, we diminish people. We become condescending and those moments are filled with toxicity that permeates into the cells.

“Don’t try to fix others” is something only we can implement. If we stay oblivious that we do this, then we are abusing others. We need more awareness of our own shortcomings and faults because, without it, you’re making the journey of another much more difficult than it needs to be.

I believe this response to my tweet on Twitter says it all. Such wise words and really how I see it. We need to be supported, not saved. So, don’t try to fix people.

A fixer needs to focus on themselves. I speak from experience. I was so busy trying to make changes in someone else I thought would “heal” them when I had my own growth and healing to do.
No one needs to be saved…..just supported.