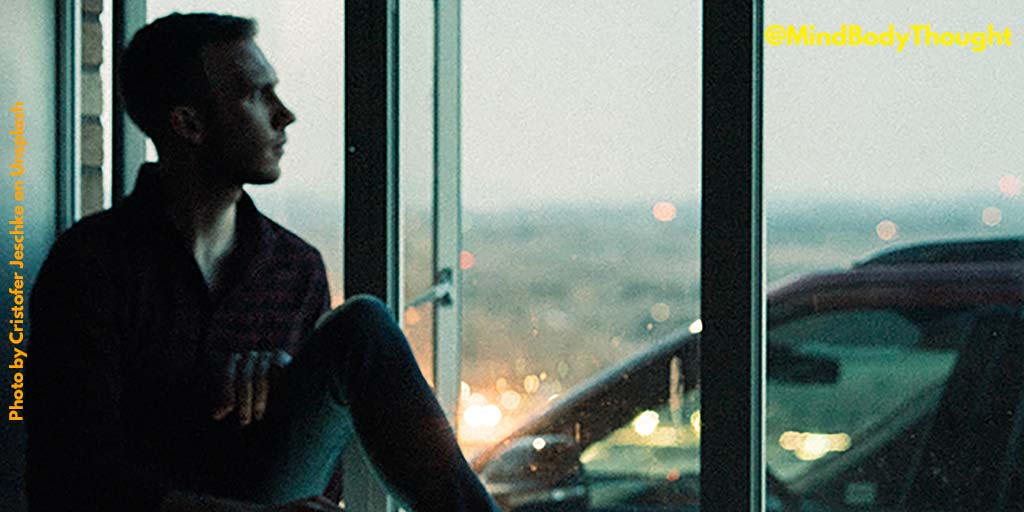 Perplexed By Humans in 2020

Don Shetterly 0 May 27, 2020 12:01 am
Feeling The Body Pain Connection
Undeniable Negative Pleasures
The Struggle to Awaken The Unconscious Mind

These days I don’t know what to think, when it comes to people. I am truly perplexed by humans in 2020. While I thought that was impossible based upon my past, I’m finding that each day things surprise me.

I’m So Perplexed By Humans
My Brain Is Still Spinning In Circles
Perplexed By Friends
Are We Out Of The Woods?
My Hope Is We Can Come Together

So many people say they care, and know how to put the words together to show they do. Yet, their actions say otherwise. Do they do this intentionally? I don’t think they do, but they are completely unaware they do it. They are so unconscious that it doesn’t register.

I’m perplexed by humans who think it is everyone else with a problem. While they pat themselves on the back and claim they are the ones who are right, their downfall awaits. Yet, in the process, it takes others down with them, and it diminishes the full potential of the human race.

It baffles me when I see this. Surely, many others see this as well, right?

I’m So Perplexed By Humans

Recently we had many things that hit us, and they weren’t easy things. One was a loss of a pet that was near and dear to us. Ever since we adopted our beloved cat 12 years ago, she has been a silent force of power and true love. Her life was taken far too soon and unexpectedly.

Most people I know brushed it off. It wasn’t important to them. No matter how much I have been there for others, I saw next to no support shown to me.

I had one friend even say, “Guess you’re having a rough week.” Really? A rough week is not how I would even begin to say it. After all, my heart had shattered in a million pieces, and I’m still picking up the pieces weeks later.

There have been other things that I’ve been hit with, but hardly anyone really cares. Sure, a couple of people have reached out, and I appreciate it, but for the most part, silence has filled the space. Like I said, I’m so perplexed by humans that I can’t make sense of this.

My Brain Is Still Spinning In Circles

During this entire time, the virus pandemic was raging throughout the world and still is. Our world internally and externally had shifted so quickly and violently that my brain is still spinning in circles.

Yet, I see foolish moves being made everywhere I turn. I see people screaming and hating one another for their perceived differences in how they view human life. There is so much anger spilling out everywhere and so much disregard for others.

Even trying to take a walk in the park has people so unconscious that they invade your personal space. I find that odd and perplexing. I don’t know how to make sense of it.

The politics of humanity right now are so disgusting to me. I don’t care what side you are on, the fixation of everything political makes me want to vomit continuously. There are no winners in the game being played out every day. Awareness, consciousness, love, and the mind body connection are so far from reality that I wonder if we can rise to the moment that is being demanded of us on this planet.

No, I’m not interested in your political beliefs because I don’t see how they help anything. You may disagree, and that’s fine, but this is my only way of finding my way through this. It is the only way I can make sense of things when I am perplexed by humans. Nothing else makes sense. Nothing else seems like reality.

In addition, I’ve had friends who lashed out at me as if I was their punching bag. They did this quoting religious texts and platitudes as if they wanted to justify their behavior and words.

I’ve had friends who either dropped me or ignored me. There have been far too many that think a “like” or a “share” is all that is required. I find those practices so demeaning as they are not real. They do nothing to foster a true sense of empathy, caring, and a connection.

Perplexed by humans, I still can’t make sense of those that say they care and yet don’t show that they do. Maybe it is all words? Perhaps they, too, are struggling. However, I can’t be the only one reaching out in life because it gets exhausting when communication becomes a one-way street.

Are We Out Of The Woods?

I believe we have some overwhelming challenges lying ahead for us as a planet. By no means do I think we are out of the woods, even if there are those that act as if we are.

For years, I’ve had visions of an illness that I saw coming where people were dying, and doctors could not help them. The vision was never clear enough for me to comprehend it fully, but now, unfortunately, once again, I see that I need to pay attention to the visions I get. No, they aren’t wanted, but they occur anyway. After watching those that speak out about future events and seeing how put down they are, no wonder I stayed silent in what I saw coming.

My Hope Is We Can Come Together

Maybe this planet has shifted so severely that life as we knew it no longer exists. Maybe the horrendous anger and hatred occurring in all walks of life is throwing the entire vibration of the world into a time of turmoil and pain.

I hope that we, as humans, can maybe find a way to change and shift what is happening. Maybe we can find a way to come together and meet this challenge, rather than pitting foe against foe.

It is my hope.

Some days when I’m so perplexed by humans, I struggle to convince myself that we can all do this. Yet, I hope we can because if we can’t, the outlook is not pretty.

For now, I will leave you with this thought. It is a prayer that I wrote called “I Send Out Love” that I posted to my old blog in 2010.