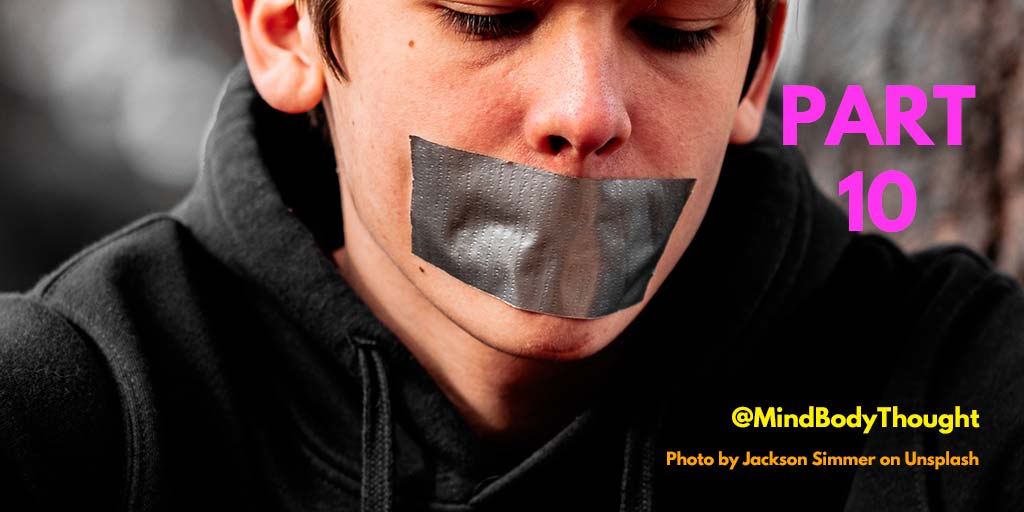 Where do I start trying to describe the sexual abuse and inappropriateness that I experienced?

It was pervasive in my house, from downright abuse and molestation to things that were said in conversations and demonstrations given.

I’ll never forget the time when I went with my dad in the truck to Montana. It was Christmas vacation during my eighth grade year and I thought it would be fun to spend time in a big truck seeing places where I had never been.

There was no place to run because we were out in the middle of nowhere on the interstate through Montana or Wyoming. I don’t recall exactly but I know it was isolated with very few cars. There were hardly any towns.

I’m not sure why he felt the need to do this in front of me. I was a captive audience. While I’m sure he would explain that he was teaching me about sex, he already knew from other daily conversations that I had learned this part.

It was humiliating. It was traumatic. I wanted nothing to do with it.

Sexual Abuse Was A Normal Thing For Us

Yet sexual abuse was a normal thing in our house.

If it wasn’t something like this, he was having us take showers with him. The showers were supposedly for us to “conserve” water even though we had our own well with plenty of water.

So, either I’d have to take a shower with him or my older brother. Do I need to explain just what happened when we took the showers together? Please don’t make me describe all of that.

Sometimes my dad would call on me and have me wash his back while he took a bath. He wouldn’t bother my mom which would seem more appropriate. Nope – he would call on me, and once I was getting the soap on the washcloth, he would be playing with himself. Again, please don’t make me describe the sexual abuse that happened after that.

If it wasn’t sexual abuse in a shower, it was giving him a massage in places that he desired to be touched. Yes, the massaging would start out legitimately because of my dad’s neck or back hurting, but then it would spiral down into acts that I did not want to participate in.

Being Forced To Watch Parents Have Sex

I’ll never forget having to watch my dad and my mom have sex when I was very young. I didn’t want to be in the room. My mind didn’t understand what was he was doing to my mom.

I was frozen in place and held in by the threat that if I left the room, I would be beaten. To this day, the images and sounds haunt me.

There was no escaping this form of sexual abuse and I bet if you asked him to this day, he would deny it. He would say the psychiatrists put these thoughts in my mind. However, I know the truth.

I Thought Everyone Experienced This

In those days, these things were normal. I thought everyone went through the same experiences with sexual abuse. Surely they did because we were just like everyone else, right?

It may sound hard to believe that this seemed normal, but when you grow up in a house where this is all you know, why would it not feel normal? How could you tell what was normal and not normal?

Sexual Abuse In The Church Bathroom

Once while going to church and using the restroom during the service, some stranger cornered me in the basement bathroom. He had his way with me.

While everyone above was singing hymns to God I was enduring sexual abuse in the basement bathroom.

If that wasn’t enough, my older brother treated me like his sex slave almost every day until he left for college. There was even one time before my older brother got married that he had his way one last time with me. Through high school, when I would have to ride with my older brother to church, I knew the procedure. He’d find a secluded farm place to pull off and the process would happen once again.

There was no escaping any of this growing up. It happened so frequently that I never had a chance to develop normally. I would disconnect when these things happened and hope that they would be over soon. There was no stopping it and it all seemed like normal events to me, even if I hated it.

Blamed For Making Up Sexual Abuse

I would get ridiculed for being scared and startled when someone touched me or hugged me. Did no one think that there was a reason behind this? I was isolated in a first grade classroom because I couldn’t do the basic school work but no one questioned what was going on? They only held me back a year?

Yet, no one stepped up and stopped it. If anyone noticed anything, they said or did nothing. Yes, we were good at hiding this, but it is hard for me to think that no one saw anything. It is hard for me to believe that no one questioned things. They had to seem obvious for adults even if they seemed normal to me.