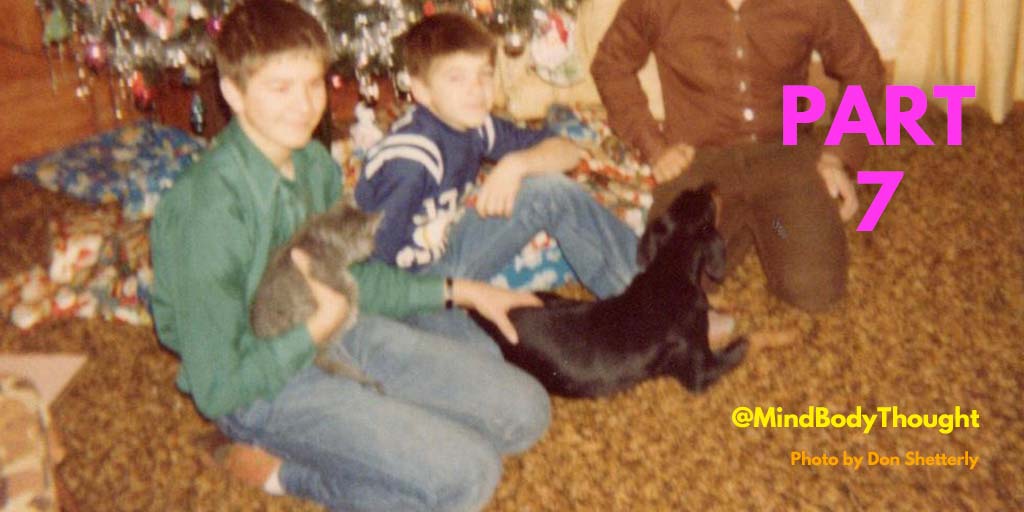 Unfortunately, pet abuse was all too normal in my house. Growing up, my pets were very important to me but were not treated well around my family.

I saw them tortured, beat, kicked, shot at, and murdered.  There is so much that I know happened, but my brain has blocked out major chunks of it, most likely for good reason.

I thought it was normal and while this may sound horrible, it was all I knew. There was little I could do because often the stuff was done to them without me knowing it was happening.

Yet I tried to protect my pets as much as I could.  It often left me feeling like a failure and still does to this day.  I’m not sure if I have forgiven myself for not being able to protect them from the pet abuse they endured.

I used to tell my cats to hide in the barn away from the monsters. Most of the time, I’d go to the barn and play with them because the monster wouldn’t exert the effort to see where I was. He was too lazy for that.  It was the only safe place from the pet abuse they suffered.  The barn has been burned down and is now buried.  All that is left is a field in its place.

I Wanted Cats To Rise Up Against Humans

I always wanted the cats to rise up against the humans and rule the world. I wanted them to scratch and claw my dad and older brother because they were mean to animals.  I doubt I will ever be able to forgive my dad and brother for what they did.

Some might say that I need to forgive, but it isn’t that simple.  Yes, I have worked to release and let go of the pain from my past, but forgiveness is not on my radar at this moment for the pet abuse they inflicted.

Never will I get the image of my older brother squashing a frog with his bicycle tire until the poor thing was not even in its normal shape. It haunts me to this day. I begged him to stop, but it only made him do it all the more. I felt so sorry for that little frog who didn’t deserve what was done to him. There was no value to an animal’s life and maybe that’s why they enjoyed hunting so much.

The murdered kittens were killed “accidentally” in the basement cellar door at night, and I was supposed to carry on like nothing happened. I was scolded for crying and so I cried in silence.  Here I was, washing the dishes as a young boy and knowing something was happening, but I wasn’t able to do anything.  It makes my heart cringe in screaming pain at all of this pet abuse and horror.

Crying With My Veterinarian Over My Dog

I remember crying with the veterinarian over my dog that had buckshot in her leg until the day she died.  When I told the vet over the phone how it happened, he was so angry. My dad acted like he loved the dog, but his actions showed differently.  You don’t go shooting at the dog as she runs down the road because she misbehaved.   I didn’t realize that this behavior wasn’t normal. It was all I knew.

Vowed To Protect My Animals

I have vowed to protect my animals at all costs from pet abuse by anyone.

Even though it doesn’t help to justify anything, I’ve read that people who have been abused tend to take it out on animals. If you see an animal abuser, you can bet it isn’t a one time thing. To me, anyone that abuses an animal has no respect for life. No longer do I respect them either.

It is so messed up as a kid when all you know is that your father and your older brother kill things. I had to go hunting with my dad as a kid and even though I protested, I still had to go. There was no way I wanted to carry a gun or shoot anything.

I was more interested in being outside in nature and I tried to make enough noise to scare the animals away. Of course, my dad would get angry with me for not being quiet, but I just couldn’t stand to see the critters killed. I still can’t.

In my book, Overcoming A Mysterious Condition, I have written about some of my experiences with this and how it impacted me.  I struggle to write the words in this section because to this day, they are still painful.  The abuse and murder of my pets is something I’ll never forget.