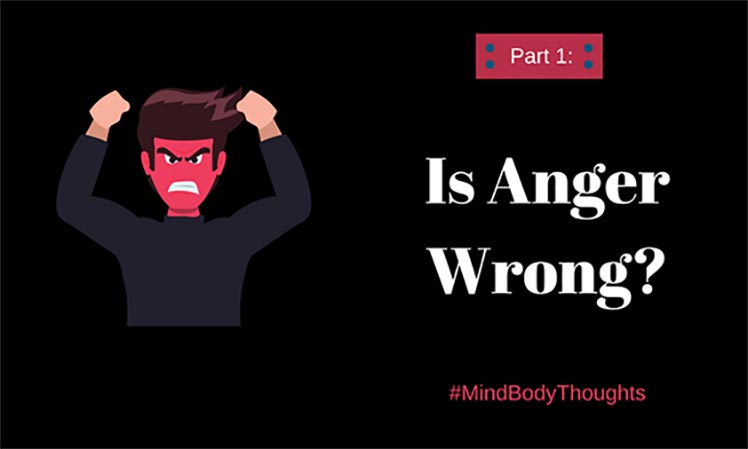 Don Shetterly 0 April 20, 2018 12:02 am
Difficult Moments Of Change
6 Ways You Give Harmful Advice
Do You Practice Self-Care?

I see places online where people put down anger.  So, it begs the question, is anger wrong?  I know everyone has an opinion on this, including those that preach against all anger as if it was a plague.

These days anger is everywhere.
Is Anger Wrong?
I no longer ask the question, is anger wrong?
Four Part Series On Anger
Other Resources

At one time, I thought anger was wrong.  I despised it.  I wanted nothing to do with it.  If you were around me, you would never see me get angry because I only did that in private.  To the outside world, I appeared as if I had it all under control.  Everyone would see me as a positive and happy person, but inside I kept anger bottled up.

I remember early in my sessions with Dr. Canali (Unified Therapy), where we would come up against the anger I held inside of me.  He would encourage me to bring it forth so I could let it go.  Each time, I argued with him saying, “anger is bad” and “anger is wrong!”  He would gently tell me that anger is not bad, it is what you do with it that is not necessarily good.

So is anger wrong?  That’s a question that I see many answering as if all anger is bad and negative on the mind and body.  While part of me would not disagree, that is too simplistic of a statement that doesn’t cover all the bases.

Many have not been taught how to deal with anger or release it.  We see our parents rage into the night, and we see our leaders in the country scream as if there is no tomorrow.  Sometimes we’ve been emotionally or physically abused by anger.  Sometimes, the anger we witnessed what was not directed at us, but filled the corners of our homes.

These days anger is everywhere.

You can’t escape it whether it is online in social media or at the water cooler in the office.  It is evident in every bit of news that we read and see.  It is everywhere.

To answer the question “is anger wrong?”, I think we need to understand that it is as valid emotion as happy or joyful.  You really can’t have one side of the emotional spectrum without the other.  If you attempt as I did to silence anger, you’re only harming your mind and body.  You can claim that anger is bad all day long, but just because that’s your experience  it does not make it an accurate statement.

You hurt others when you tell them their anger is wrong and they should not have anger!  In fact, your beliefs that you use to get them to buy into your beliefs are abusive.  I know most don’t see it the way I do.  If you look deeper inside of yourself, you can understand this more.  When people end up feeling ashamed to have anger, they deny a normal part of the human experience.

Anger in itself is an emotion.  It is present for a reason, and there is a source from which it develops.  While we may not entirely be aware of the reason, something is giving it energy.  There is something that is unresolved at some level that fuels the anger which we are experiencing.

Sometimes the anger is there because we need to make a change and it helps to give us the push to get that done.  As a sequoia tree needs fire to clear off the underbrush and allow its growth, anger helps us grow.

If we grasp the fire of anger and allow it to help us clear away the underbrush of our life, we too will find growth.  It is there for a reason.  A balanced person will experience anger along with happiness.  To have one side of the spectrum without the other leaves you in a state of unbalance and not being grounded.

I no longer ask the question, is anger wrong?

Since I now understand that it is a valid emotion, now I can learn and begin to understand where it goes off the rails.  It isn’t the anger that is the issue as it is what we do with it.  When we strike out at others or silently abuse others, that is not a good way to release anger.  Many are living their lives as a result of anger trying to find a way to exit, but are so unconscious they don’t see it.

When we let anger control our lives and get the best of us, then it is harming us.  However, it is not the anger that is doing this as much as it is how we deal with it.  Not dealing with anger means we are losing the battle and being controlled by it.  When you are at this point, anger is no longer burning the underbrush.  It is consuming you.  At this point, it becomes very harmful to the mind and body.