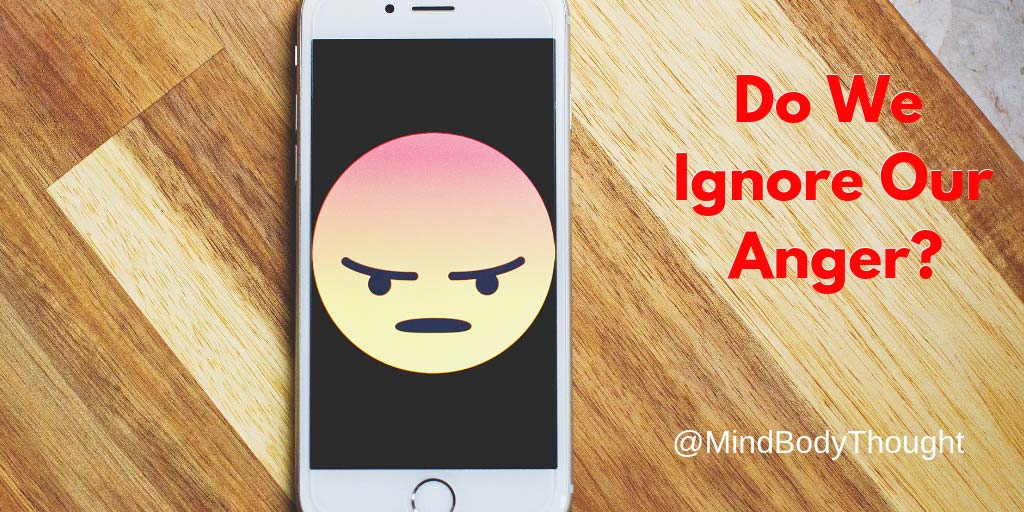 A Mistake To Ignore Anger

I know many will say that anger is something they have under control and maybe they do. However, I also know what it means to ignore anger because we are not as conscious as we think we are.

I wish so badly some days that I could ignore anger. I speak of not only my own anger but that which I see in the world.

It is so prevalent, and if you have dealt with anger in your life like I have in mine, you’ll see it readily.

All too often we ignore anger until it builds up and explodes to the point of causing severe damage. The thing is, we don’t always see the impact of it. We get so desensitized to it that we are oblivious.

For a long time in my life, I never got angry. If I did, the anger came out on myself in times that I was alone. I’d pick up sticks, rocks, tools, and anything I could to hit myself. It was the way I dealt with it. Even though my response was not healthy, I did ignore my anger.

My Father Put His Anger On Display

My father put his anger on display. In fact, it felt like you were walking in a field of land mines whenever he was close. You could try and ignore anger with him all you wanted, but most of the time it didn’t work.

One of the things I learned, though much later in life, was that I had no way to deal with it in a healthy or appropriate way. I just buried it deep inside. It ate at my stomach and caused all kinds of health issues in my body.

When Dr. Paul Canali first started approaching the subject of anger and how it was okay to let it out, I fought and argued with him. In my mind, anger was explosive and harmful. It was abusive and frightening. There was no way I was going to engage with these behaviors in the least bit because of what had been done to me.

I Could Not My Ignore Anger Forever

While I knew I could not ignore anger forever, I was not in any hurry to deal with it. Once I started, it became a rough journey for me. Some days I wish I could put it back in the box from where it came, but if I did that my life would be short lived.

One of the things that I had to learn was that we are often unconscious with our anger. We don’t truly see it coming out and how it impacts those around us. We think we do, but we are oblivious to it and not as aware as we think we are. This was a hard lesson for me to learn.

Even though I never wanted to inflict the pain and hurt on others I loved like what had been done to me, I realized I was doing that in a secondary way. Thinking that I was not going to ignore anger meant that I was doing just that. My mind had me convinced that I was very aware of it, but I was fooling myself.

If we are unconscious and unaware of the impact of anger, then we are doing great harm. We might think that we are inflicting it upon ourselves, but those around us that love us are bearing the brunt of it. They may not say anything, but if you look carefully, you will see it.

Ways To Help Deal With Anger

In my book, Overcoming A Mysterious Condition, I talk about ways I use to help deal with anger. I try hard not to ignore anger in my life.

It is there. It builds up. The world around us is stressful and difficult to deal with at times. Experiences that we’ve gone through connect with current moments, and the anger of the past comes rushing at us like a speeding rocket.

I know many will say that anger is something they have under control, and maybe they do. However, I also know what it means to ignore anger because we are not as conscious as we think.

All I have to do is take a look at the world to see the far-ranging impact of anger. Social media posts, aggressive drivers, and reactions from people say a lot about the state we are in. We may think we are managing to ignore anger in our lives, but it is there whether we want to see it or not.