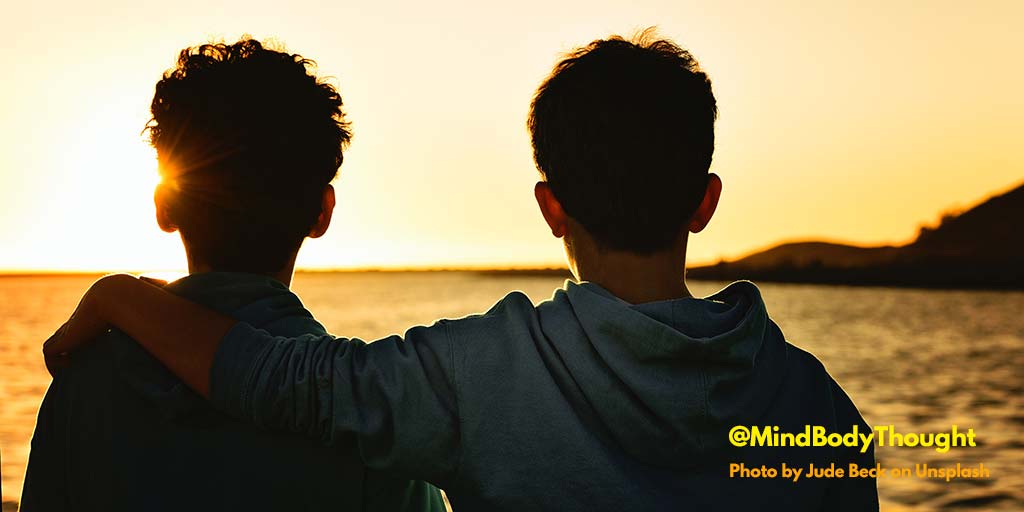 Don Shetterly 0 June 24, 2020 12:01 am
Normal Or Abnormal – Sexual Abuse Is Devastating
What Is Authentic Love In 2021?
Life Limits and Possibility

These days everyone cares, or so they say. They’ll write it in tweets, on Facebook posts. They will share it with likes and retweets and emojis.

Everyone Cares
Simple Ways To Communicate
Self-Absorbed Society
We Don’t Walk The Talk
Exhausted By Those That Don’t Care
Our Actions, Not Others That Matter
Prove Me Wrong

That might sound like a strange question, but there is so much truth in it. If you’re not interested in truth-based blog posts, this is probably not one for you.

We easily say “everyone cares” but we don’t even begin to show it. It is just mere words. Sure, you might mean it for a short time, but that’s where you leave it.

I stopped spending time on Twitter because I was tired of the games, rants, and attention seeking actions. I had grown my account to 30,000 followers. Yet when I stopped, only a couple reached out for a short time and then nothing. You could hear crickets chirping.

On Facebook, unless I am active up there, no one cares. Yes, they say “everyone cares” but their actions show the opposite of the words they write. No, I don’t see a Facebook “like” as action. I see it as a mind-numbed reaction. If you think a Facebook “like” is so valuable, how much can I get for them if I take them to the bank?

In real life, people who I considered close friends have vanished. Like social media, they only reach out when they need something or feel obligated to touch base. The rest of the time, you’re not even a footnote. They act as if everyone cares, but their actions fall in the silence of outer space.

Of course, many will let you know what they think politically. They’ll jump on the latest bandwagon and spam the social media feeds with feel good thoughts, the latest story of the day, or things that matter little to the overall scheme of life.

We’ve become such a society with so many simple ways to communicate and yet we dont’ keep in touch. We don’t show that everyone cares because we’re too busy practicing numbing.

Maybe it is that we’re too bombarded these days with political rants and ads that try to convince us that we need to buy what is being offered. Maybe if we tried to advertise caring instead, the world might be a better place. Unfortunately, that would be a pipe dream.

As a society, we’re too self absorbed. We’re too wrapped up in keeping up with the latest gossip, protests, screams, and rants. We elevate those that we can’t stand by making sure everyone knows about what they said or did. Yet we despise the voice we give these people when in all reality, all we would have to do as a world is ignore them.

Hey, but everyone cares, right?

As a society, we’re so driven by survival mode that we need more and more input to feel anything. We’ve ignored our physical warning messages because we’re too busy numbing ourselves to the mind body connection. Emotion and feeling have been replaced by silence and our likes, shares, and retweets.

We Don’t Walk The Talk

We talk a spiritual talk, but we don’t walk the talk. We blame and chastise everyone around us while acting as if we have all the answers. It is those other people that are the problem, not us. They are to blame. They are the problem. We pat ourselves on our back as we respond, like, and share things on social media.

Hey, but everyone cares, right?

We spread the platitudes and memes as if this is how we show everyone cares. We plaster those happy thoughts while ignoring the pain and difficulty people are going through in their lives. The reason we do this is that if we get others to numb and hide their pain, then we don’t have to deal with it in our lives.

Hey, but everyone cares right?

Exhausted By Those That Don’t Care

I’m really tired of those that call me their friends who say one thing but do another. I’m exhausted that I’m the one trying to initiate a conversation, and if I don’t, I hear nothing from people.

These days, I’ve finally stopped trying to get people to show that everyone cares. I figure if people can’t back it up with action, then why am I wasting my time on them. You can take that any way you want to take it and act as if I’m some angry person ranting. The thing is, if you see it that way, then there’s a big chance you’re a part of the problem.

Maybe it is time for the planet to re-calibrate what being human means because it is so messed up. I see no one with the comprehension of this, let alone actually putting it into action. All I see are people who say everyone cares, but the thought stops with the words.

How can we say we’re spiritual or loving or enlightened if we don’t show with our actions that others matter? How can we say everyone cares, but we ignore others and act as if they don’t exist?

I’m wondering how we can say that everyone cares, but then all we do is push the forced numbing platitudes and memes. If you really want to show the opposite of your words, this is the thing of the day to do.

Our Actions, Not Others That Matter

Again, it all begins with what we do, not what others do. It begins when we say that others matter and social media isn’t what we think it is. I know that requires awareness and this is sorely lacked in our civilization. Maybe it won’t get better, but I still hope for the day that it does.

Just in case you missed this part – if this makes you upset or you think I’m a person filled with anger, you might want to take heed of what I write. Most likely this blog post is for you.

If you think I’m nuts and all of this talk about “everyone cares” is crazy, try the following. Stop posting, reading, and using social media for a month. Let me know what happens and how if at all your view of the world changes. I dare you to try this. Don’t just take my word for it. After all, if you think I’m crazy in what I write, prove me wrong.

Photo Credit: Thank you to UnSplash.com and Jude Beck for the featured Photo