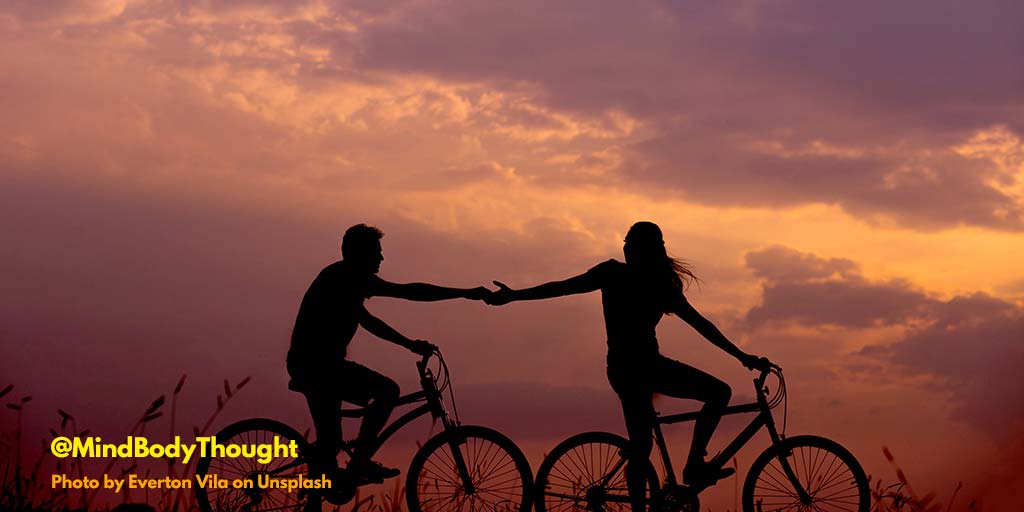 Do We Hurt The Ones We Love The Most?

I grew up in a home where abuse and domestic violence were as common as going to sleep and getting up in the morning. One of the things I heard most often was we hurt the ones we love the most.

We Hurt The Ones We Love The Most
How Messed Up Is That?
It Is Pretty Sickening
Humans Say One Thing And Do Another
Don’t Close Your Eyes To The Truth
Allowing Myself To Be Loved

Can you imagine growing up thinking that we hurt the ones we love the most?

I just thought that this was a normal way of life. After all, my father demanded that we love one another. Both of my parents told me how much they loved me (my mom more than my dad, of course).

We went to church and we knew that God loved us and because of that, “love” was all there was in our world. We didn’t realize just how fake everything was. It seemed normal. It felt like all that there was in the world was what we experienced.

We Hurt The Ones We Love The Most

Yet after my older brother beat the daylights out of me or bullied me, I would often hear “we hurt the ones we love the most.”

After my dad would abuse us, rape us, molest us, and treat us as if we were bothering him, I would hear, “we hurt the ones we love the most.”

When my dad would beat my mom and we’d cower in the corner under the tables, trying not to make contact with him, I’d hear my mom say “we hurt the ones we love the most.”

How Messed Up Is That?

How messed up is that? I’m sure most would gasp at the thought. Yet, it was normal for us. I knew nothing else. It all seemed like this was how life was.

These days, I see people hurt one another. One minute they will act like they are friends and they think highly of another. The next minute, it will be hurling insults and verbal abuse attack lines. It is almost as if they are saying, “we hurt the ones we love the most.”

Yet, my mind can’t comprehend any of this. How can one say nice things and show nice things one minute, followed by hatred, disrespect, and bullying behavior the next? I don’t get it. I’ll never understand it.

Yes, I know my experiences probably colored how I see the world. It feels like humanity is doing exactly the same thing I grew up with in my family. I never thought I’d have to relive the daily triggers of my childhood in a world that no longer seems like one I want to exist.

It Is Pretty Sickening

If we break the statement down of “we hurt the ones we love the most,” it is pretty sickening, to say the least. Love and hurt don’t coexist. They are not one and the same. To hurt someone is not to love them and if you love someone, you won’t hurt them.

Sure we make mistakes and we do things we need to ask forgiveness for, but to continually do this every day is sick and twisted. Of course, in my family, one would go to church afterward and pray for forgiveness. Everything after that would be fine until the NEXT TIME where it would once again be “we hurt the ones we love the most.”

I’m sure some reading this would say, well that’s not how you use God and that’s not how forgiveness works. While they may be right, I see this done so frequently every day in society that I begin to wonder if anyone really knows how forgiveness or God works. Everyone claims they do, but I have serious doubts. Just as my dad claimed to ask forgiveness, it wasn’t authentic because things would repeat again and again.

Humans Say One Thing And Do Another

Humans these days tend to say one thing and do another. They claim they love all and have no judgment, but then their actions and words prove otherwise. I know, no one wants to be confronted with this. We excuse it away just like my dad did. However, it doesn’t make our unconsciousness any more true.

To say that we hurt the ones we love the most is one of the more sadistic things I know. It fosters silence and a world where abuse can take place.

When we say we hurt the ones we love the most, it abuses others and helps turn a blind eye to what is happening before us. We see not what is going on but the numbing effects of seeing nothing happen.

As a kid, I prayed hard that someone would help me. I begged for anyone to care and there was no one. No one would see anything because they excused the behavior. They explained it away just as my mom did many times. When someone says we hurt the ones we love the most enough, it becomes fact. It becomes something that seems plausible to the point it is the truth. There is no way to know anything else.

Don’t Close Your Eyes To The Truth

If you want to change things, don’t close your eyes to the truth. Learn how to grow your awareness so that you are conscious. Don’t propagate a statement such as “we hurt the ones we love the most.” When you do this, you become no better than the person abusing someone else.

Yes, I’m sure it wasn’t easy for my mom. She was being beaten by my dad and taught to obey the husband as our church taught God commanded. There was no easy way out for her, especially in those days.

Oh how I wished, though, that instead of telling me we hurt the ones we love the most, she would have found a way to escape. She is no longer alive and so I’ll never be able to ask her why she didn’t flee from the monster.

Allowing Myself To Be Loved

For me, it is about learning to love myself. It includes allowing myself to be loved by someone who cares even though I think they will at some point do the same thing my dad did. Even though I know they won’t, my brain still struggles to balance what once happened to what my life now is. Those early experiences cloud so much of what we see in life.