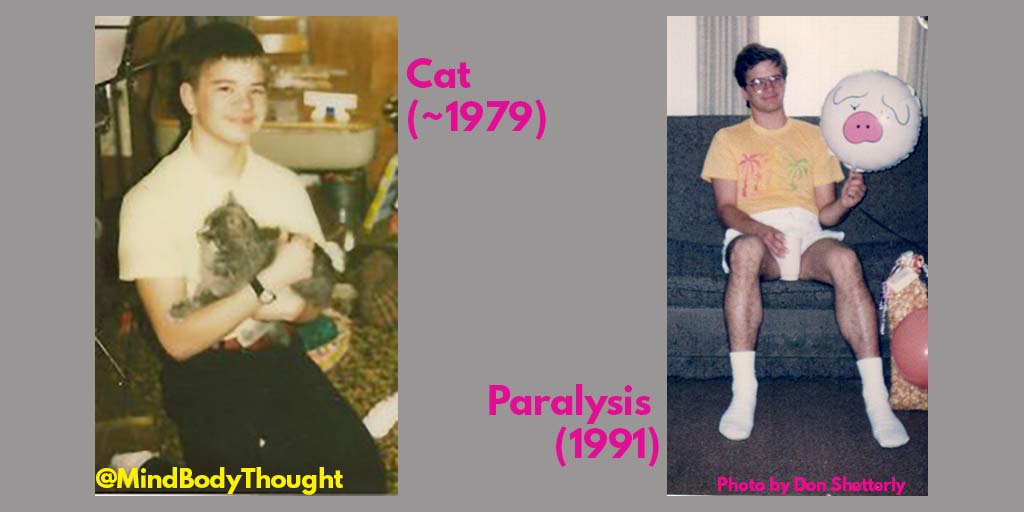 Distraught And Triggered By 2 Horrible Memories

Don Shetterly 0 July 14, 2021 12:01 am
What has been the most helpful thing in your childhood sexual abuse recovery?
Alarming Somatic Response To A Trigger
Enteric Brain And Healing Trauma

If you are in a fragile place, this blog post about horrible memories may not be for you. I’m going to try and write this, but the pain it brings up with these two recent memories is beyond triggering. It is beyond depressing, horrifying, and full of despair. Sorry if this comes across as something that bothers people, but I have to get the words out there.

Normally I really tone things down in blog posts, but this one is different. Just let it be known that you’ve been forewarned about possible triggers this could raise of horrible memories.

Almost 30 years later, two recent horrible memories have surfaced. I wasn’t looking for them and wasn’t expecting them. But guess what – here they are whether I want them or not!

They may not seem as bad to others as they do to me but I was definitely triggered by these horrible memories. They’ve knocked my healing to the core and kicked my butt so hard. At the moment I write this, I’m not sure how I am still standing.

One was after I was watching a video of someone who is paralyzed. He was showing different daily life activities and how he accomplishes them in the hope they help others. As I saw this, though, it triggered horrible memories within me and connected in a way that I was left in tears.

You see, after I was paralyzed, part of my memory was missing and still is. There are big gaps in life for me that I can’t seem to fill in or recover. Some might say to just go on and put it in the rear view mirror, but it isn’t that easy. I wish it was. If you have holes in your memory, it drives your brain freaking crazy!

The one thing I kept thinking the whole time I watched his videos was that I can’t recall this time for myself. I don’t recall how I bathed myself, dressed myself, fed myself, or even pooped and peed in a day. Sure, I remember one time when a colleague came over and somehow I got undressed and sat on a folding chair. He then picked me up and put me in the shower so I could try and clean myself. Talk about embarrassing! Surely you are joking if you don’t see how embarrassing that was.

Yet this was only one time, so what happened the rest of the time? Did the child molesting monster bathe me? Did I just not bathe or clean myself up? Maybe my mom helped me since she had been a nurse at one point. The thing is, I know I experienced it, but I can’t remember it. It is like that part never happened. So, it leaves me wondering and triggered by the horrible memories of a time that was beyond frightening to experience.

I know, it may seem so small and insignificant, but it isn’t. There’s more to it, but like so much of my life, I get bits and fragments. I don’t get the complete picture because probably if I did, it would be too difficult to handle.

The next memory comes down to something that got shared with me by a relative. I’m going to protect the actual person involved out of respect to them and their experiences. My relative will be the code name used in this part of the story.

While I know my cats were mistreated, this part of the story didn’t appear until just recently. It goes back to when I was in high school (possibly around 8th or 9th grade).

I remember how every morning I would go out and do chores. I had sheep and pigs to feed. I would make sure my dog and cats got fed in the barn. The cats were always there because it was the safe place. The monster couldn’t reach them like he had so many times in the past. He was too lazy to go that far and there were many hiding places. I always told the cats to be wary of the monster and keep a distance, hiding if they suspected anything about to happen.

One day, I noticed that my cats were missing. A couple of days went by and they were still missing. It was strange to me because they always met me in the barn. I wasn’t aware of any threats that they were facing. However, little did I know of the horrible memories that would originate on that day.

I remember saying something to my family that the cats were not showing up. They were missing and I was very concerned about them. I missed seeing them as they would always come up to me and I would hold them and pet them.

Again, the horrible memories started with my family telling me that they had probably just run off and who knows if they would come back or not. I was not too keen on hearing that and thought it sounded strange. I just didn’t know how true those thoughts would be.

So I was talking with a relative that knew the story. My dad (aka the monster) hated the cats. They didn’t harm anything. They didn’t eat that much food because they would catch mice to eat. After all, they were barn cats. So, why would he hate them? Why did he hate the animals that I loved? God only knows and he ain’t talking either!

Anyway, my relative knew that a person in the family was forced to round the cats up and shoot them, then bury them. This way they were gone and out of sight. I had no idea this happened until recently.

I’m Furious And Angry And Shocked

My brain is having a difficult time processing these horrible memories. Who in the hell kills cats that someone loves? Who forces someone to do this?

Am I supposed to find a way to forgive the individual involved? Am I supposed to look past it? It is almost impossible. Maybe if I go die on a cross I’ll have enough love to forgive someone, but for now, I can’t think about them without the horrible memories flooding my mind.

I am furious. I’m hurt. The pain on this is beyond comprehension and I can’t even begin to explain it. Yet, it is there.

At the time of writing this, I’m in a daze and feeling depressed. It makes me question what the point of continuing in this life is all about and if it is worth it. If I’m going to continually get hit by horrible memories such as this, what is the point?

I Wish I Could Wave A Magic Wand

I wish I could wave a magic wand and it all would never have happened. It would be nice to think I could just move on and forget about it, but that’s like seeing if you can hold your head under water for 30 minutes.

Some days I feel like I’ve got more pain to deal with than anyone should ever have to live through in life. Horrible memories such as these increase that pain a thousand times.

Sometimes I really despise that I’ve got all this pain to live with in life. It sucks!

I had no idea about what really happened to my cats.

All these years later I thought my cats had run off. I thought somehow I hadn’t given them enough love or attention. It wasn’t me that caused it so why does it feel that way?

Why did my cats have to endure this? I still think cats are little angels that come down from above and are there in our darkest times. Yet, with these horrible memories surfacing I realize I couldn’t protect my cats, the things that I loved more than life.

I’ve told my husband that if anyone tries to harm our cats, they will have to go through me first. They will have to kill me before they harm my cats in any way. I’m fiercely protective of them and any animal I have ever had.

For now, as I write this blog post, I’m left with anger, pain, depression, and despair. It almost feels like too much to bear but I know I’ll get through it – somehow I will. I’m just not sure how at the moment.

If someone had asked or forced or told me to kill an animal, especially a pet and especially cats that belonged to someone, I could not have done it. More than likely I would have taken the gun and put a load of buckshot into their ass before I would have shot some cats.