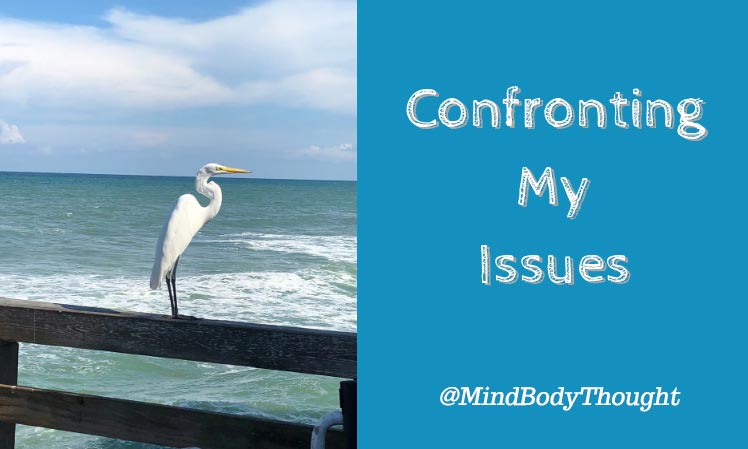 For years, I had spent my life hiding from my true self.  When you’ve been beaten and abused and tortured, you really don’t want to face all that has happened in life.  It is much easier to hide and disconnect.  Numbing often becomes your trusted companion.

Confronting my issues was not easy because when I spent a lifetime hiding from them, they were strangers to me.  I was not even aware they existed.  In many ways, they almost didn’t even look recognizable to me.  For me, it almost took my last breath away.  My body went into paralysis and seizures because I was desperately trying to hide all that had happened.  Yet, I was not even conscious I was doing this.

Fortunately, through the work of Dr. Paul Canali and Unified Therapy, I’ve learned how to go in and face these things.  He has helped give me tools that now instead of hiding, I can begin to see them.  This is one of the major parts I’ve found in healing, because until you can see something, how can you change it?  Awareness and consciousness have to show up for this to happen.

It has not been easy confronting my issues over my healing journey.  Sometimes it felt like frustrating moments of being stuck and at other times, I felt battered by the storms of life.  Often I wanted to go hide in my cave and never come out.

Hides Within Your Biology

Not long ago, I reached another moment with the anger that I had hidden deep within the cells of my body.  It took years for me to even allow myself to understand that the anger was there.  In fact, if you’ve been abused, most likely it hides within your biology – the nervous system, the cells, tissues, muscles, and organs, not to mention the mind.

With anger, confronting my issues was not a welcomed thing.  Even with all the work, I had done to that point.  In fact, it almost took me under to the point of ending my life.  I wanted nothing to do with anyone.  I despised everyone.  It hurt deeply and the pain was a thousand times anything I had done up to this point.

Fortunately, though, I had tools that Dr. Canali had helped me learn when confronting my issues.  Without those, I’m not sure I would have made it through this time.

Confronting My Issues Is Freedom

Coming to terms with who we are is a good thing.  Yet, I know how difficult it can be in life to do.  I’ve walked those steps.  The more we come to know ourselves, the more freedom we get in life.  The more I am confronting my issues, the more I see things that I could not see before.  It allowed me the opportunity to go further and reclaim more.

If you feel stuck or frustrated in life or if you just say this is too much, that’s the times you’re figuring out how to take the next step.  No, I won’t claim that it is easy to see where the step leads, but I know from experience that if I keep going through the muck, what lies beyond the other side is so much better.