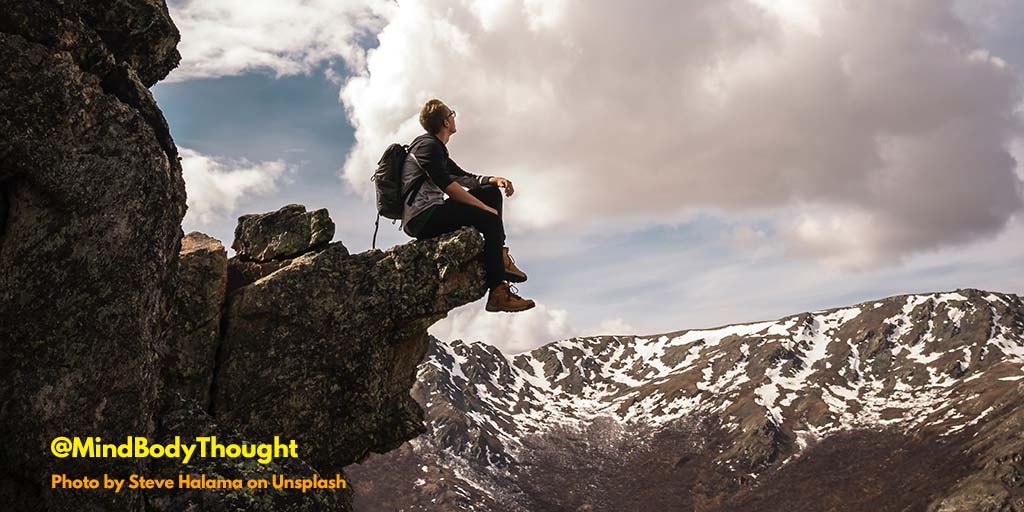 Don Shetterly 0 April 29, 2020 12:02 am
Feel Pain To Overcome It
Confronting My Issues
Inspiring The Best In Others

Somehow in my life I manage to avoid healing limits. Growing up, I was put through the wringer with trauma, torture, child abuse, sexual abuse, bullying, and emotional abuse. By all rights, I should not still be alive or functioning today.

Dr. John Sarno Figured This Out
I Went Through Conversion Disorder
I Ditched The Healing Limits
I Struggled Through Every Step
Most Didn’t Have The Answers I Needed
Dr. Canali Helped Me Avoid Healing Limits
It Takes Courage And Determination
Physically Feeling The Mind Body Connection
Healing Limits And Discovering Truth
Don’t Put Healing Limits On Yourself

Yet, here I am. I’m still managing to make it and I’ve done considerable healing on myself over the years. If I would not have, I’m sure I’d be one of those countless statistics that no one knows how to help.

Even before I was paralyzed and almost took my last breath, I knew that some things were possible and others were not.

I saw my dad go through one health issue and chronic pain moment after another. I saw my dad go to the Mayo Clinic in Rochester, New York, where the doctors told him there’s not much they could do. It was all in his head.

Okay, I don’t believe it was all in his head, but more in the mind body connection. The only thing is most of the doctors in those days didn’t understand this.

Dr. John Sarno Figured This Out

There was a doctor by the name of Dr. John Sarno who had begun to figure this out, but no one was listening. They thought his approach was crazy and so they shunned him for it.

Many are now beginning to understand what he knew. He is no longer with us, but if you watch All The Rage Documentary you will get an idea of what he discovered.

He also has some excellent books.

Even Dr. Paul Canali, a pioneer in treating trauma of all magnitudes, learned that there is much more the body can do to heal.

Healing limits are not something he remotely thinks about these days. Dr. Canali has seen so many things physically change in the body that no one would ever expect. Few would barely believe it. If I wouldn’t have experienced some of these, I don’t know if I would believe it could happen.

I Went Through Conversion Disorder

I went through Conversion Disorder. If you want to know more about that, I’ve written a book called Overcoming A Mysterious Condition.

If you read it, you will see that my life almost came to a complete end.

I was not supposed to ever work again and function normally again. Try hearing those words when you are 26 years old. I was determined to fight and not put any healing limits on myself.

In those days, I had no idea how to go from the point I was at in the hospital to becoming a functioning person in society.

It all seemed like a pipe dream. It seemed impossible. If I put healing limits on myself then I would never make it.

I Ditched The Healing Limits

However, I ditched the healing limits. I was bound and determined I would make it to the other side. What did I have to lose at that point? I couldn’t take care of myself. I couldn’t remember much of anything. My job was on hold and they were wondering if I could make it back.

Step-by-step, I began to heal. Through counseling and therapy, I began to see that I wasn’t alone. Through relaxing meditations, I began to understand that relaxation went deeper than I ever understood.

I Struggled Through Every Step

Yes, I struggled through every step of it. None of it was easy, from the nightmares, physical trauma memories, flashbacks, and attempting to function every day. Going to the grocery store was a monumental effort. Hiding at night from the monsters was the norm.

No matter what, I was not ready to put healing limits on myself. I could have and no one would have thought any different. I could have just laid down and cried, doing nothing else.

Okay, to be honest here, I did plenty of crying and hiding. Please don’t think my account of what I did to get past healing limits was a cakewalk. It was anything but that.

Most Didn’t Have The Answers I Needed

Most didn’t have the answers I needed. Often I felt alone to languish in my own pain and misery. Most often I sat there in my four walls hiding from the slightest noise, trigger, person, and memory.

When I finally found Dr. Canali in Miami years later, it was almost by accident. I was becoming exhausted with healing limits, thinking I could do it, but not knowing how. It was almost too much. No person should have to do this.

When I went to him, I had a long list of ailments I dealt with in my life. From back pain and sleepless nights to migraines and stomach issues. I wanted and tried a few times to just end it all. I suffered from anxiety and depression to almost puking when someone tried to hug me or touch me. My legs felt like things were crawling up and down them constantly.

Avoiding healing limits seemed like a dream at that point. I tried to remember that no matter what, I was going to make it through this. Yet I was getting so exhausted by the fight.

Dr. Canali helped me understand that what I thought was the normal course of daily events was anything but that. The pains and migraines were something we could work on. The body rashes, stomach issues, and all the other stuff were not too tall to conquer.

While I believed in what he said, there was a major part of me that thought he was full of it. Yet, my body knew deep down inside that he had answers I was searching for in my life.

I’ve seen so many health conditions heal right before my eyes. These are not some simple conditions. They are complex and would leave most people running for the hills. How I got through them, I don’t know. The odds were stacked against me.

Healing limits were of no help. I knew that I had to throw away all that I thought I knew about healing. I had to ditch all that I thought was possible. I know that many will claim they do this, but we hold on to those things. All the pains and health issues we face are there because they’ve tricked us into believing they are our friends. They trick us into thinking we can’t survive without them.

In some ways, they are right but in many ways they are wrong.

It Takes Courage And Determination

I didn’t get to the point I am at by coming up with excuses. Yes, I could find a reason to explain most of what I was experiencing, but that did little good.

What truly helped was when Dr. Canali helped guide and teach me the tools to go deep within and release the stuck energy of my past. It is not a mind-based approach, but the mind is important in doing this.

It was a process of going in and physically feeling what was happening in the body, but just to the edge of overwhelm. At that point, the healing limits I had been using started to melt away. It was at this moment that I was building up the necessary resilience to go further into the healing, past the point of overwhelm.

It was the moment of shattering the healing limits I had held all my life as I found little moments of healing. This whole process and these tools are so difficult to explain because until you actually experience what I’m referring to, they are just concepts. None of these healing moments are about concepts as much as they are about physically feeling in the body.

When we’ve been through trauma and torture like I have or childhood sexual abuse, our feeling gets turned off. We end up in survival mode and at that moment we begin to put healing limits on ourselves. Who could blame us? There was no way to make sense of these things at the time it occurred.

As we move out of survival (and remember this is from the body side, not mental), the more awareness of who we are becomes the norm. When you can feel that deep peace in a physical moment, no one has to tell you what healing truth is. No one has to tell you that we put healing limits on ourselves. You will automatically know it in an instant.

I wish everyone could have a Dr. Canali in their lives. He’s one person and there are billions in this world hurting so badly. Yet, far too many put healing limits on themselves when it only holds them back.

Personally I believe there are more out there like Dr. Canali who understand this to a degree like most others don’t. He’s not the only one, but we’re far too quick to dismiss the things that we don’t want to hear. I’m not being harsh here. This is reality. I did the same thing in my healing journey.

Don’t Put Healing Limits On Yourself

Don’t put healing limits on yourself. If you think you can only go so far or the pain you are experiencing is all you can hope for, you are limiting yourself.

I’ve seen so many things change in people, including myself, that it blew my mind. I did not think any of this was possible. Yet, it is. It was then and it still is. We just need to stop putting healing limits on our lives. We need to blow the top of all that we know and not stop until we find what it is we need.

I personally believe now that there are very few things we cannot heal or at least find some healing from in our lives. Maybe it will take a lifetime to get there, but that could very likely be part of our journey. I don’t know for sure, because I’m not smart enough and I’m still trying to learn how to live my life. I’m still working to let go of healing limits.